Mekong Capital announced the appointment of its Fourth Partner 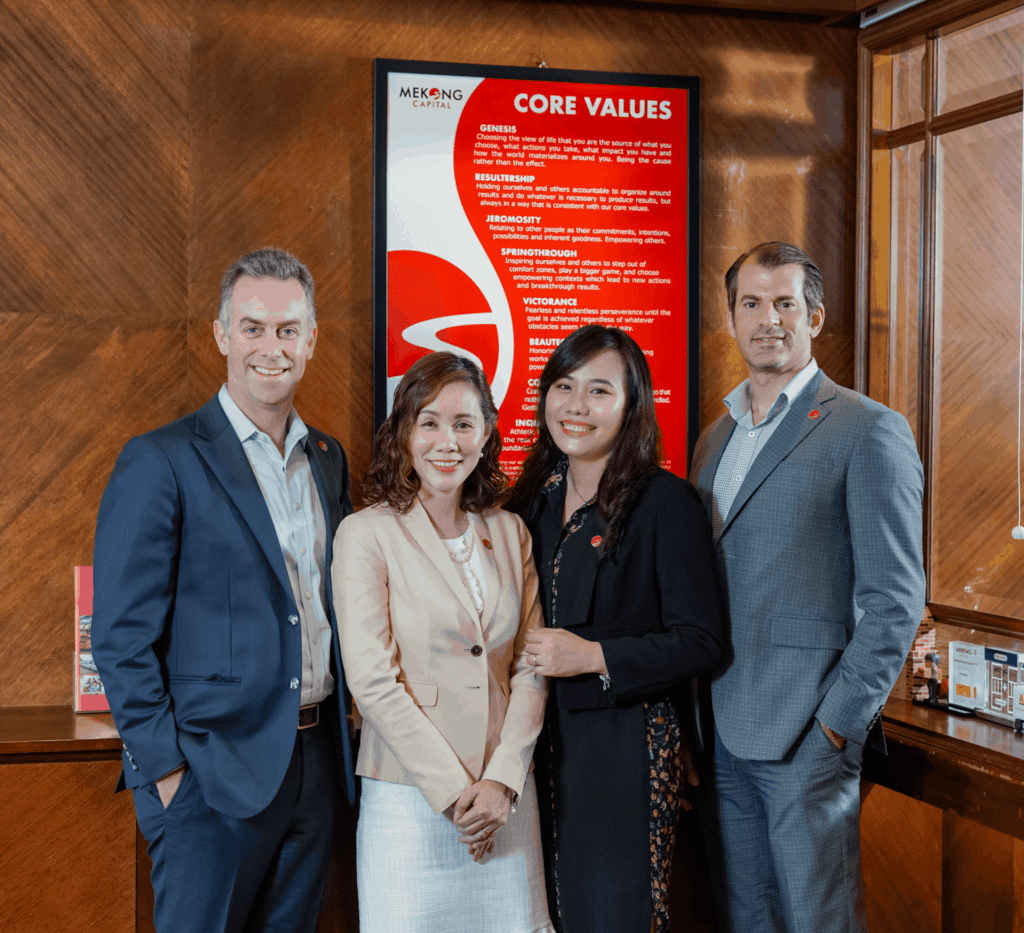 Minh Giang has played a critical role in leading Mekong Capital’s Talent and Culture team to recruit senior leaders for our former and existing investee companies. She is currently leading a team of four Talent and Culture specialists who have successfully recruited at least 5 management positions per month at our investee companies over recent years.

Moreover, she initiated and organized workshops to enable investee companies to build up their corporate cultures and core values. These have been widely successful, with more than 70 workshops completed over 6 years.

Minh Giang has provided a leadership role in rolling out a strong corporate culture at Mekong Capital organized around our core values. In July 2019, Mekong Capital was voted as one of Vietnam’s Best Companies to Work for in Asia by HR Asia Magazine.

“Minh Giang and I have long been partners in transformation and building a strong culture in Mekong Capital. Minh Giang has been extremely complimentary to me and the senior management team, adding value in ways that are unique to Minh Giang. Her promotion to Partner is an acknowledgement of her incredible contributions to the success of Mekong Capital over the last 10 years.”

Established in 2001, Mekong Capital is a Vietnam-focused Private Equity firm, which has the most extensive private equity track record in Vietnam.

Mekong Capital is strongly committed to adding significant value to each of its investee companies – through operational improvements, building management teams, the introduction of best practices and outside experts, and applying other elements of our Vision Driven Investing framework.