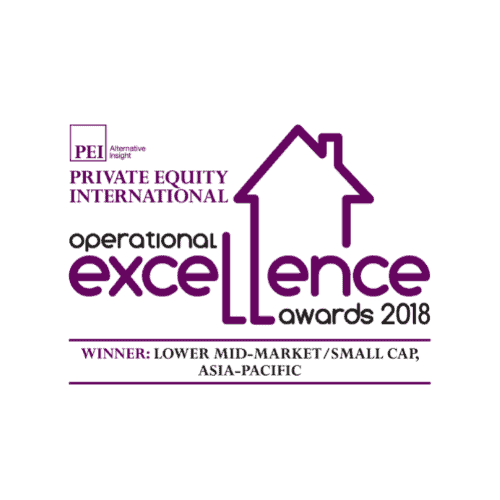 HO CHI MINH CITY, VIETNAM (03 Oct 2018) – Mekong Capital announced that it was awarded the 2018 Private Equity International (PEI) Award for Operational Excellence for a Lower Mid-Market/Small Cap investment in Asia Pacific, based on the performance of Traphaco.

This is the sixth year in a row of Mekong Capital winning an award by Private Equity International, after having won the Operational Improvement Firm of the year for the Asian Small Cap category in 2013, 2015 & 2017, and Frontier Market Firm of the year for 2014 & 2016. Mekong Capital is well-known for its Vision Driven Investing framework – the secret sauce for its series of consistently successful investments. Traphaco has applied certain elements of the framework and was one of the best performers in Mekong Capital’s Vietnam Azalea Fund.

As a result, during the 10-year lifecycle of Vietnam Azalea Fund’s investment in Traphaco, Traphaco developed from the 5th largest into the 2nd largest pharmaceutical company in Vietnam. The company possesses one of the largest direct-to-pharmacy distribution networks in Vietnam and is #1 in traditional medicine. In 2017, Traphaco delivered $82.6 million net revenue and $11.4 million net profit.

In November 2017, the Vietnam Azalea Fund successfully divested the entire 24.99% holding in Traphaco for $64.5 million, realizing a gross IRR of 27.7% and a gross return multiple of 6.3 times.