Built on a mission

Founded in 2013, F88 is the pioneer and leading chain of secured lending in Vietnam, targeting micro & small businesses and individual consumers.

Having once experienced running out of money for his previous business and faced challenges in borrowing, Mr. Phung Anh Tuan, one of the co-founders, saw the potential of bringing quick financial access to people and businesses in order to provide lending in a fast and easy way.

Together with his friends with 15 years of experience in the industry, Tuan founded F88. The three founders shared a solid commitment to providing fast, convenient and safe financial services to underbanked and unbanked consumers, altering society’s prejudices about traditional secured lending. 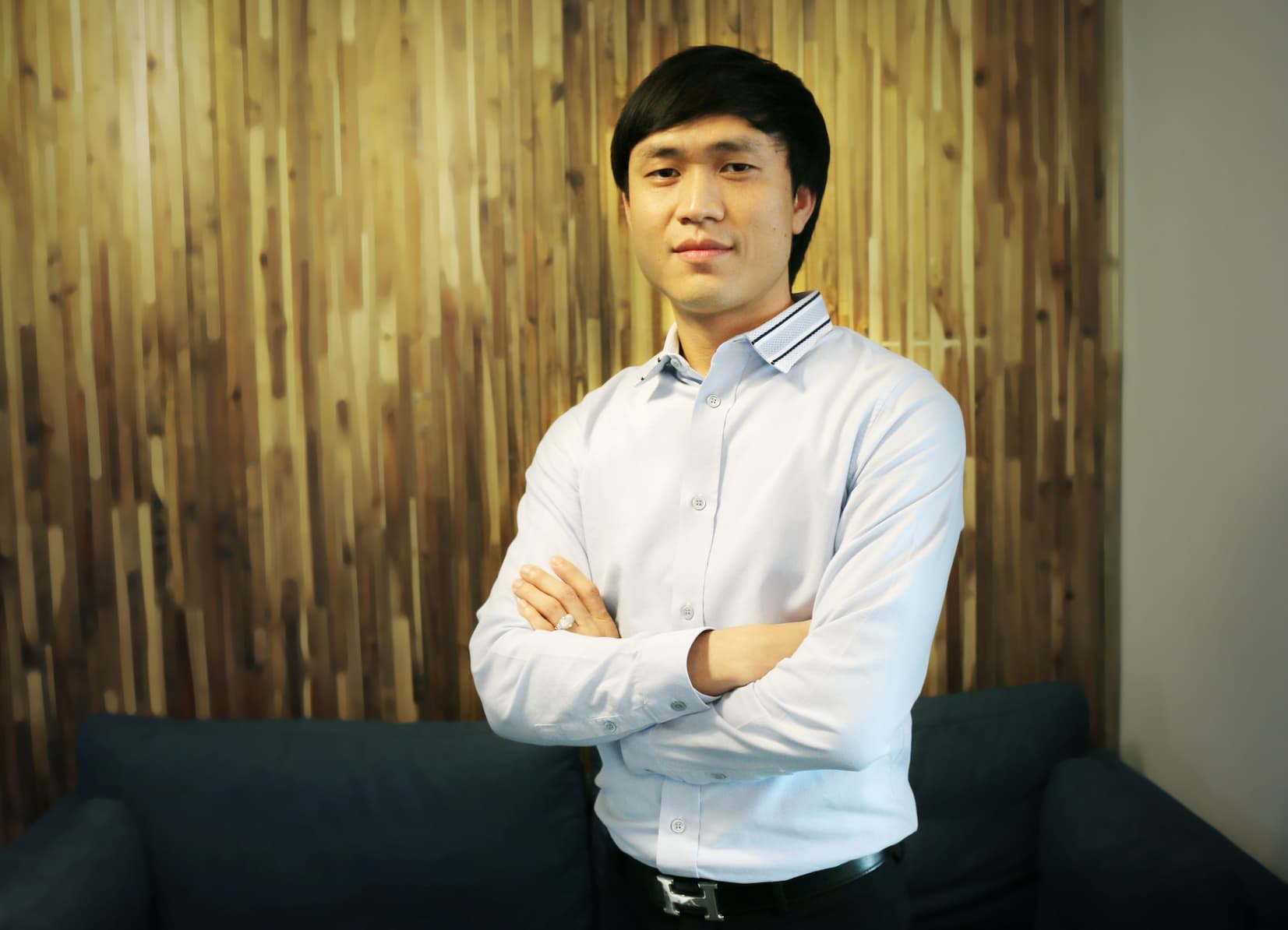 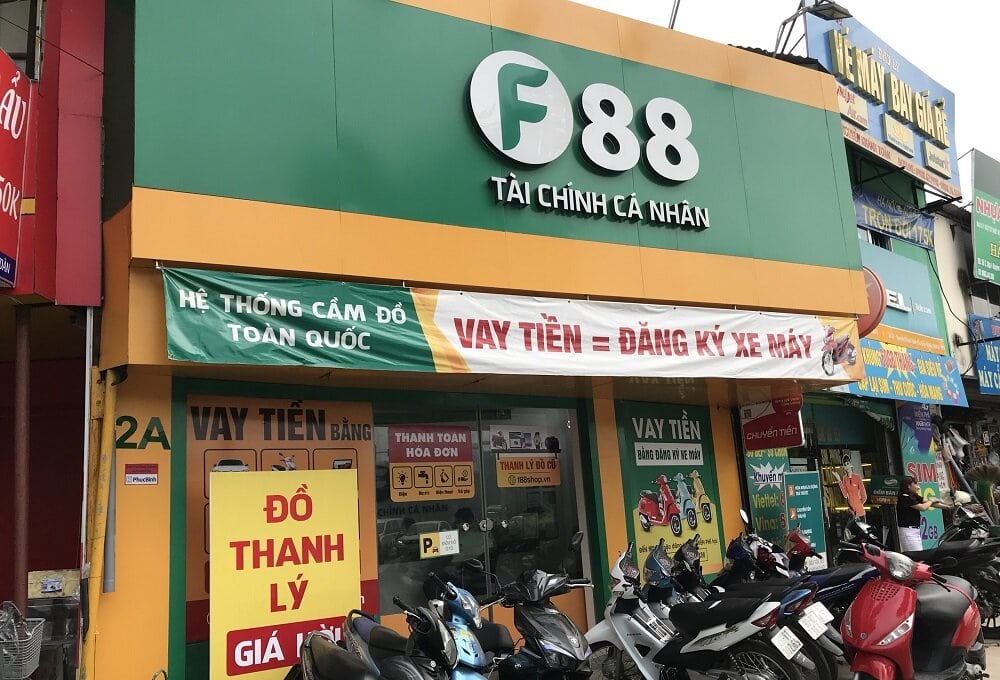 In those early years, each of F88’s branches could only generate about ten loans per month. Some customers did not think F88 was a lending branch because it looked too spacious and modern. Others saw F88 as no different from a bank with complicated procedures. For those who have never pawned, the word ‘pawn’ seemed to be scary. Psychologically, they were so afraid of being caught that many of them hesitated to come—or if they did, they tried to be well-covered with a mask, making the service appear to be even ‘scarier.’

F88 struggled not only with external but also internal customers (i.e employees). Even when the recruitment team could select ten candidates, more than half of them refused to join the interviews.

But the more challenging it became, the harder the founders tried to break through to success. In the following three years, F88 embarked on building up their teams, their technology, and optimizing their operations and risk management.

As a result, when F88 reached 11 stores in 2016, the company could successfully raise investment from Mekong Enterprise Fund III, a strategic partner for the co-founders on their ambitious journey. 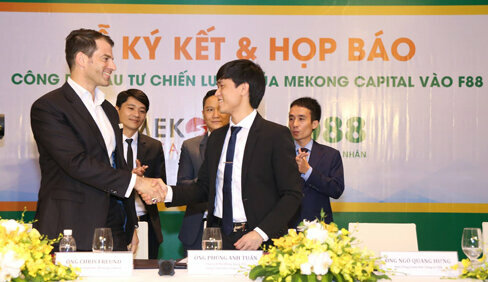 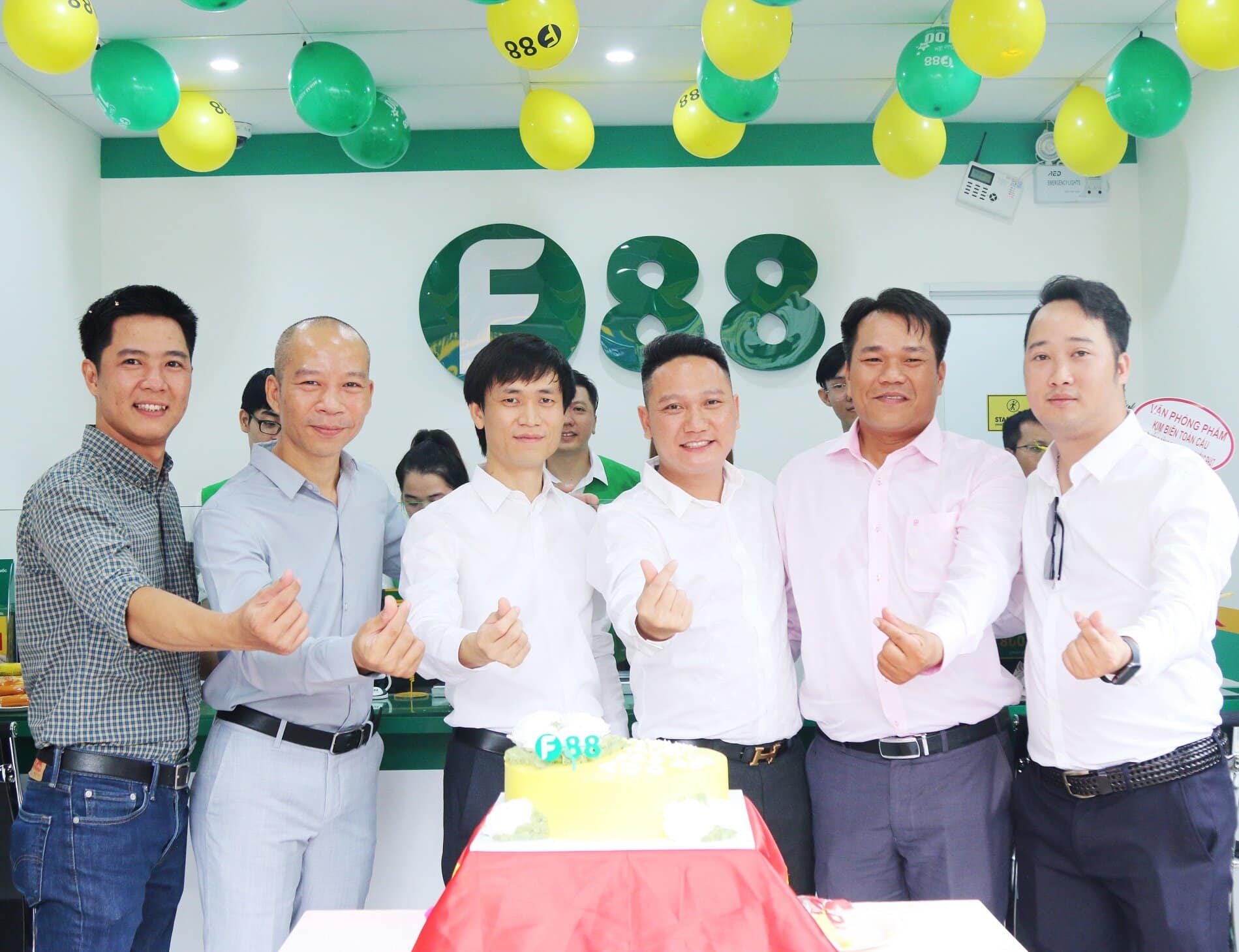 F88 needed to step up into a new and bigger game. It was no longer a startup—a small group of people working closely together. They declared a new vision of becoming the leading secured lending chain in Vietnam, operating 300 branches nationwide by the end of 2021.

Starting this expansion journey, the F88 team found that they faced many difficulties that they had never been through before. More and more people joined the organization. More synergy was needed to get things done at a higher velocity.

But during 2016, the speed of opening new branches was much slower than their plan. In the face of not knowing how, the founders hungrily looked for who they need to be as the leaders to cause the company to achieve its vision. 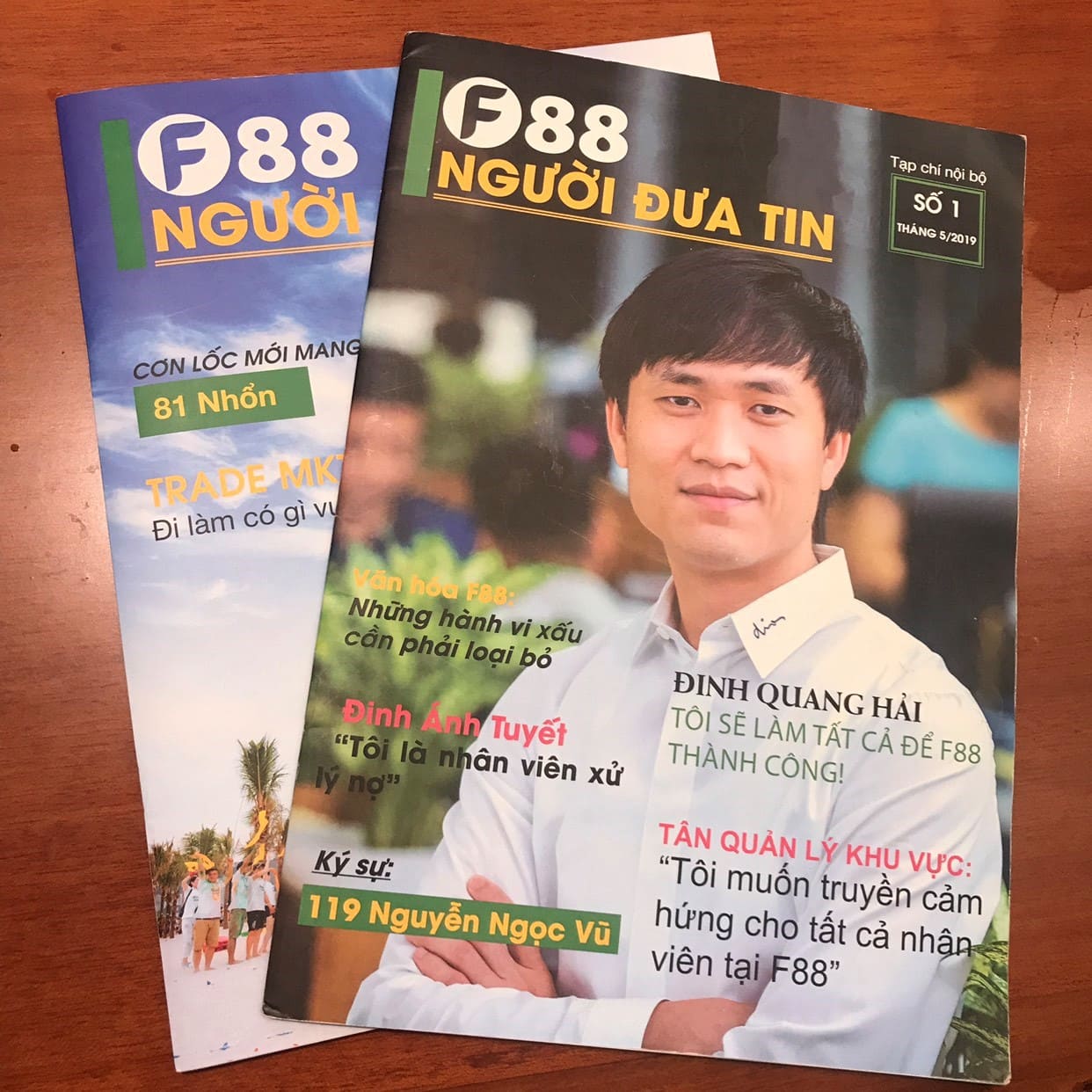 “We see our company vision as the ultimate destination. Then we sat down and set a vision of who we needed to be in the future and drew a pathway for it.”

Phung Anh Tuan and his co-founder team together with the team declared a new set of core values which include Integrity, Listening fully and communicating directly, Authenticity, and Dedicated to customers. They constantly practiced the new core values day in, day out to ultimately became a role model.

Tuan freed himself up, from a strategic thinker to a compelling leader who authentically listens for and connects with people, enrolls them about their bright future, and unleashes their potential. They kept themselves living in the declared vision, breaking through and learning from every failure and moving ahead stronger each day.

Given the founders’ strong commitment, F88 fostered its culture by founding a separate department called the F88 Culture Committee led by Tuan, dedicated to building a corporate culture of ownership that where the team shared the same goals, same thoughts, and same ways of doing things and many entrepreneurs emerged from within.

F88 Culture Committee made every employee of F88 take action for the company’s vision and living the core values. This not only motivated the team but also made all stakeholders, especially customers being touched and inspired about the company’s services and people.

F88 Culture Committee empowered internal employees to share stories about what working at F88 looked and felt like—not only to motivate internal teams but also to inspire outsiders about the company’s culture.

Gradually, F88 could gain its employer branding and attract talents. In their environment, employees could learn and understand more about their profession. Every F88 employee was like an ambassador to alter social stereotypes about its service.

Gradually, borrowing from a secured lending branch like F88 became more and more normal to the market. Customer perceptions grew much more familiar with this service. As a result, their business performance also experienced growth. In 2019, on a typical peak day, one F88 branch could serve from 60 to 100 customers during the day. The company reached 125 lending branches by the end of the year.

Also this year, F88 has received the Smart Campaign’s Smart Certification for practices that reflect and promote consumer protection. This reflected the efforts of the F88 management team and its employees to optimize operations backed by a robust customer-driven mindset. 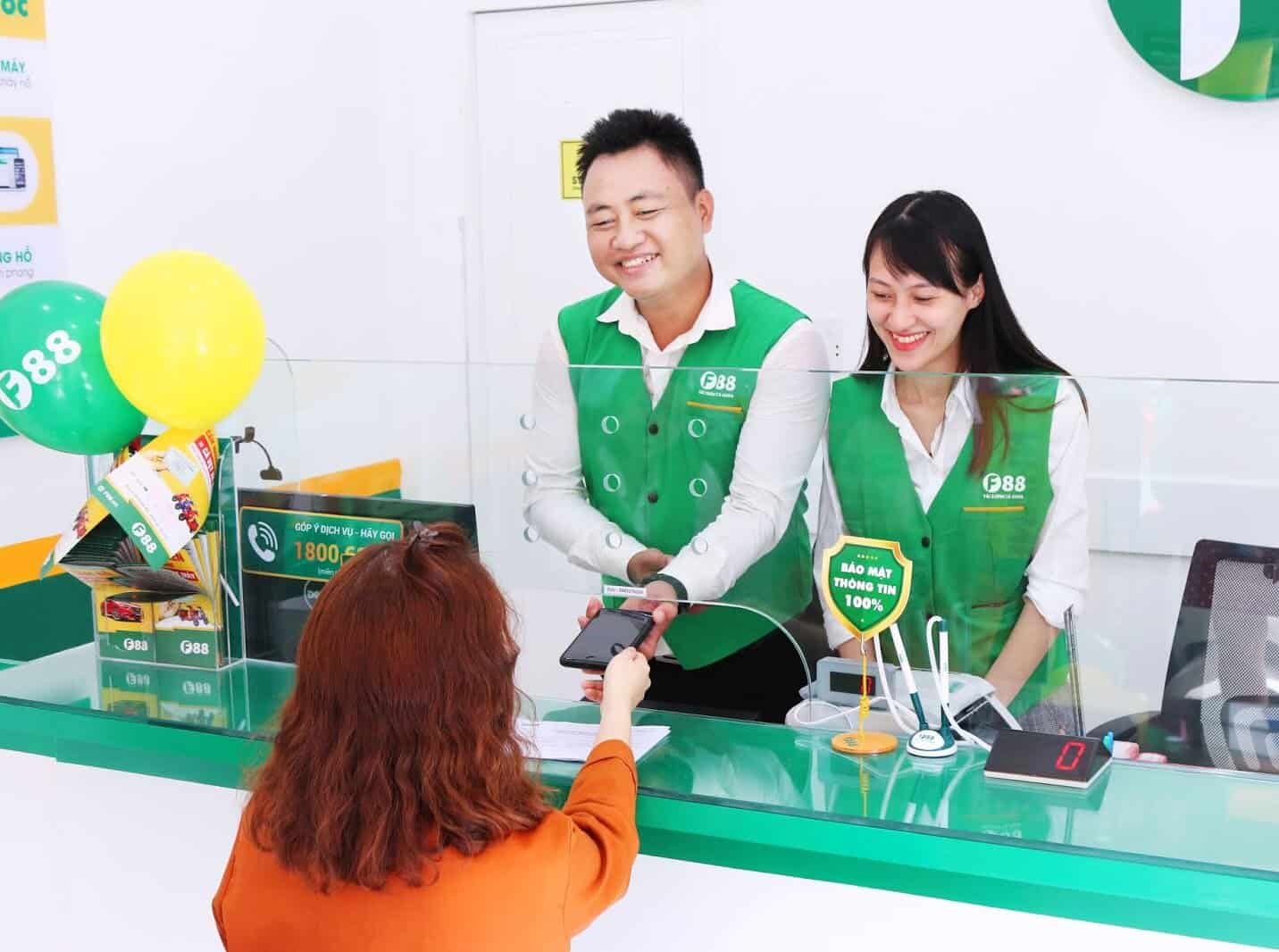 To 10 million customers and beyond 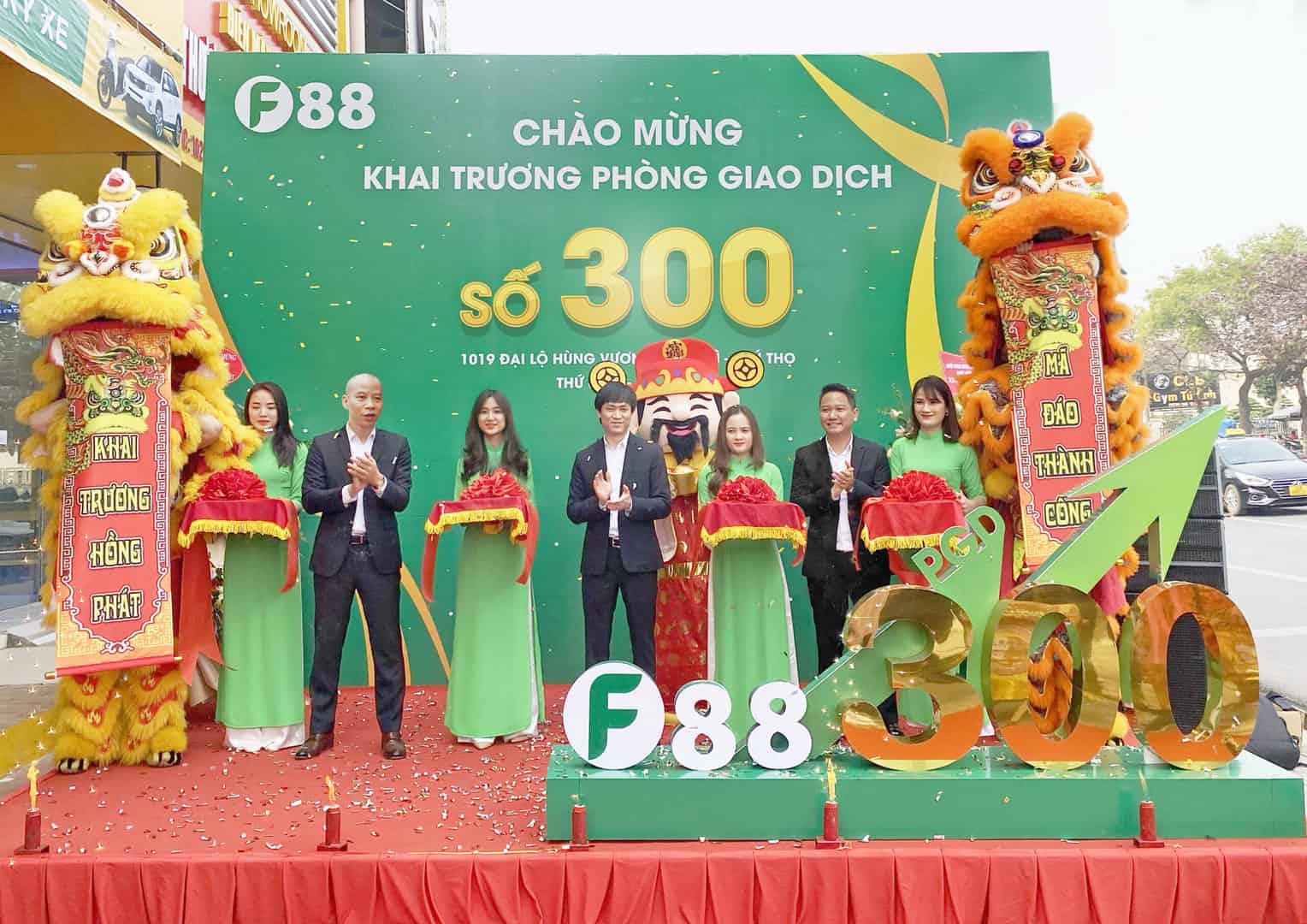 During 2016 – 2021, F88 has grown its loan balance by 88 times and its number of branches by 47 times.  The company received a credit rating of BBB- (stable) from Fiin Ratings in 2021. The stable outlook reflects Fiin’s expectation that F88 will continue to maintain its leading position in Vietnam’s alternative lending sector together with its strong earnings profile and healthy asset quality. The Company has expanded its reach beyond F88-branded stores through partnerships with leading retailers and technology partners in Vietnam, making its services available throughout a network of about 4,000 F88’s and partner stores. 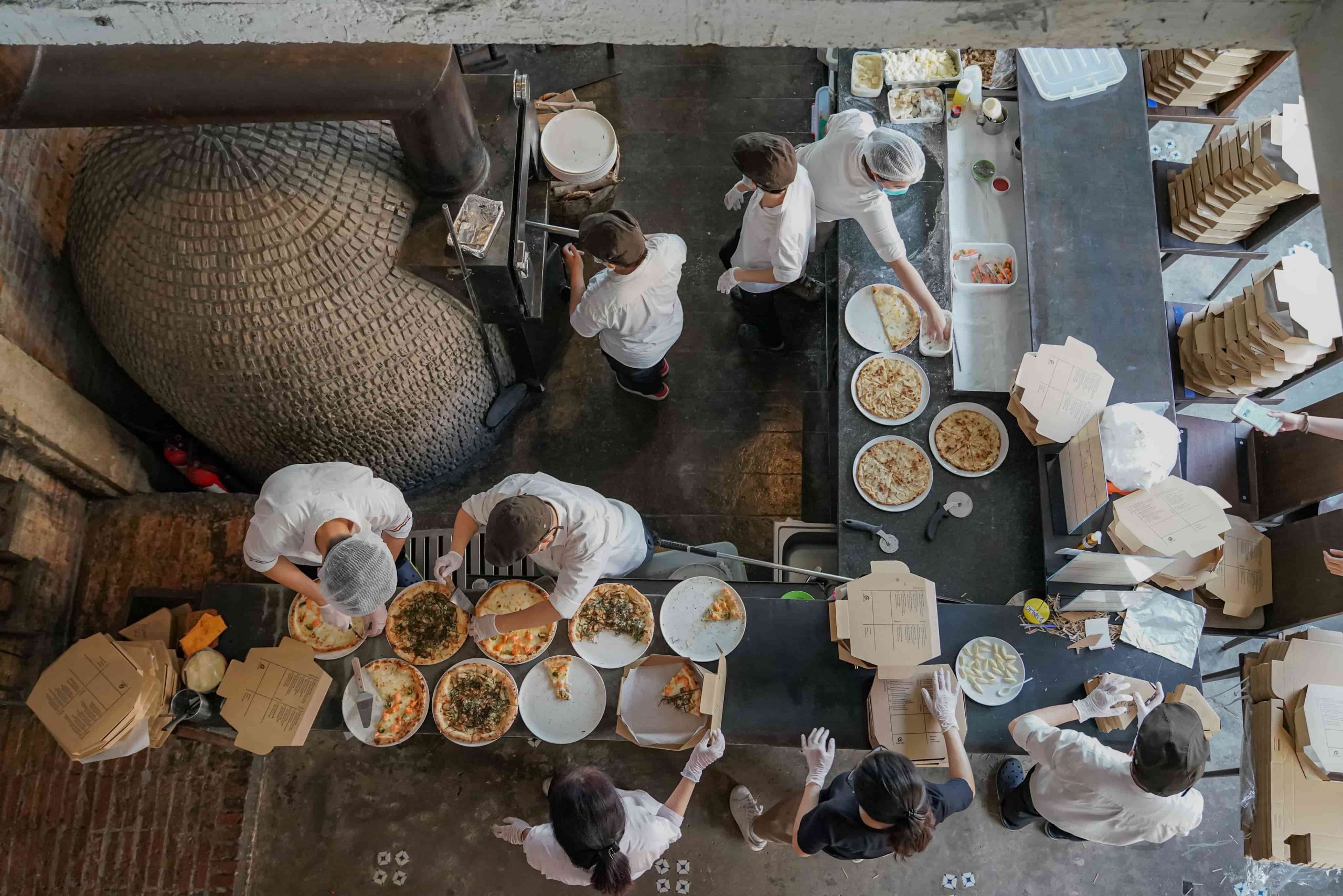