Le's first dream to be a teacher 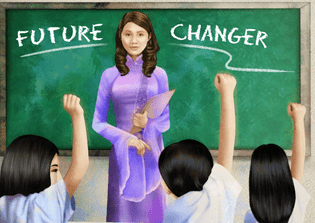 At the age of 8, Dieu Le got her parents to arrange for her an English teacher to give her private English lessons twice a week. Inspired by the good-looking and kind teacher, Le started to play the teacher-student game by herself when she was home alone and was pretty much enjoyed it.

Life went on, sweet and kind, and Le kind of forgot how happy she was when she acted as a teacher.

Seventeen years later, Le graduated with her MBA from the US, returned to Vietnam, and joined Mekong Capital in 2003 as a Research Assistant in the investment team. Then she moved her way up to becoming a Deal Leader 2 years later. When the company expanded, Le took on additional accountabilities and found out she really enjoyed leading the middle office team to deliver results. That was when she decided to accept the role of Director of Operations of Mekong in 2008.

The journey of leadership

At such time, transitioning from managing a small team of 2-3 members to 10+ members was overwhelming. Many people called Le “Christina” as they said she just did what Chris Freund told her to do, and she was too harsh, like in the military, so sharp and so disciplined.

In 2009, Le burst out into tears with Chris that she did not think she could be in that role, be a leader. And Chris coached and gave her the challenge to find out what a leader looked like. So, Le took on the journey and has discovered leadership one insight after another. 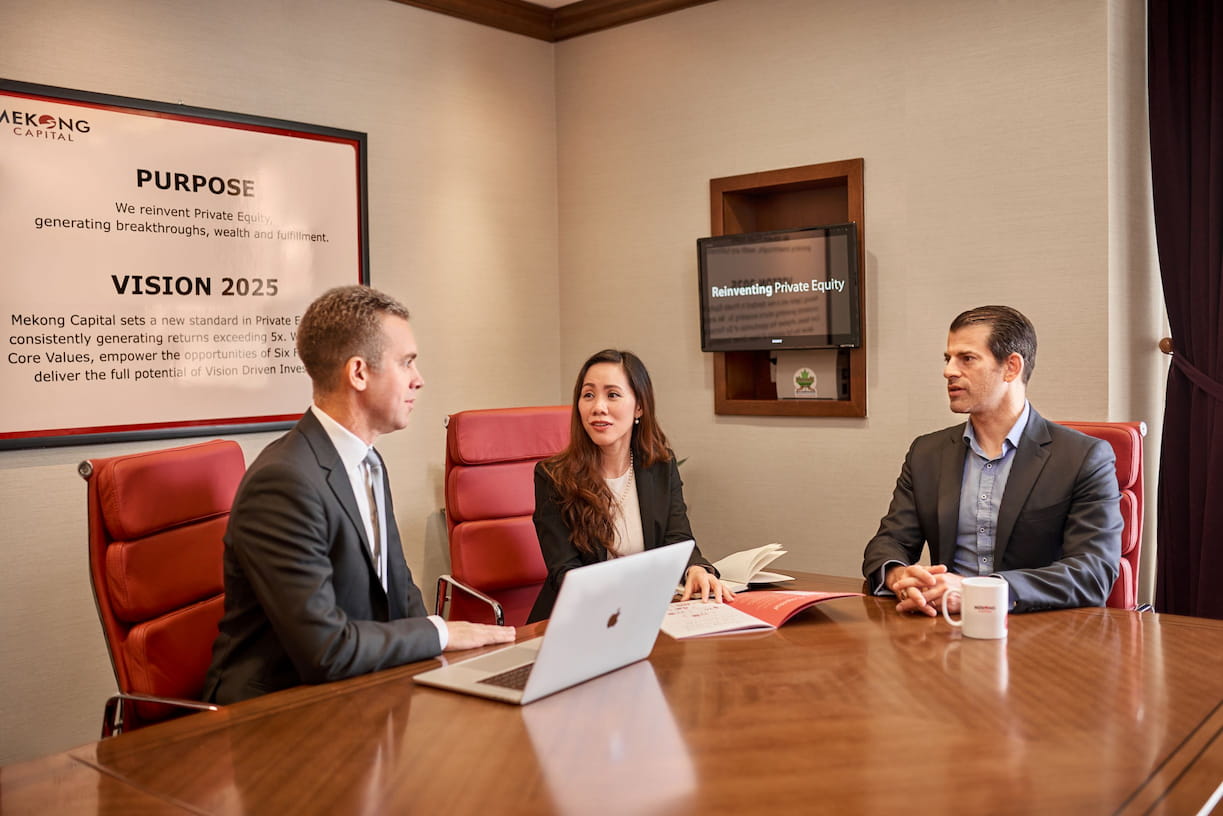 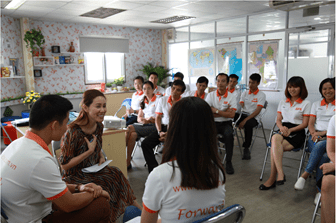 Le led a coaching session with one of our investee companies

At first, Le started by discovering for herself how a leader be like, and made the initial effort to transform herself. She found out that in order to lead, she needs to take a stand for something bigger than herself and does whatever it takes to achieve that goal while being empathetic and getting the world of other people. The relationship between her and her team members gradually transformed into a new chapter of compassion and empowerment.

Then she led sharing sessions on communication and Mission Control (an approach to enable one to experience power, freedom, and peace of mind in the face of the mountain of work that each of us carries each day) for the investee companies or the internal team in Mekong Capital. Then she expanded to team coaching on vision creation, identifying root cause when a goal was unlikely to be achieved, and to one-on-one coaching to enable her team members to have a breakthrough at work or in life.

One after another, she felt fully alive and 200% energetic when she was being a coach. The coaching session brought out the best of her: the ability to listen, to connect, and to empathy with other people; the ability to inspire people to step out of their usual self and be willing to be someone who they did not think they could be and do something differently. It was amazing to discover how human beings could be so awesome and extraordinary. This experience finally made her realize her life purpose:

“enabling people to be the best version of themselves.”

That’s what makes her heart jump up and down.

Now, with the accountabilities to lead the 12-member Operations Team of Mekong Capital to deliver extremely reliable and good results, and with Le’s passion for coaching, Le has re-lived her childhood passion for “teaching”. The Operations Team, the backbone of the firm, includes the Asset Guardian team (responsible for the reporting and communications with the Funds’ parties (investors and service providers) to deliver accurate, insightful, and transparent reporting, as well as ensuring legal compliance across all aspects of the firm’s operation), the internal Accounting and Finance team, and the Office Administration for both HCMC and Hanoi offices. 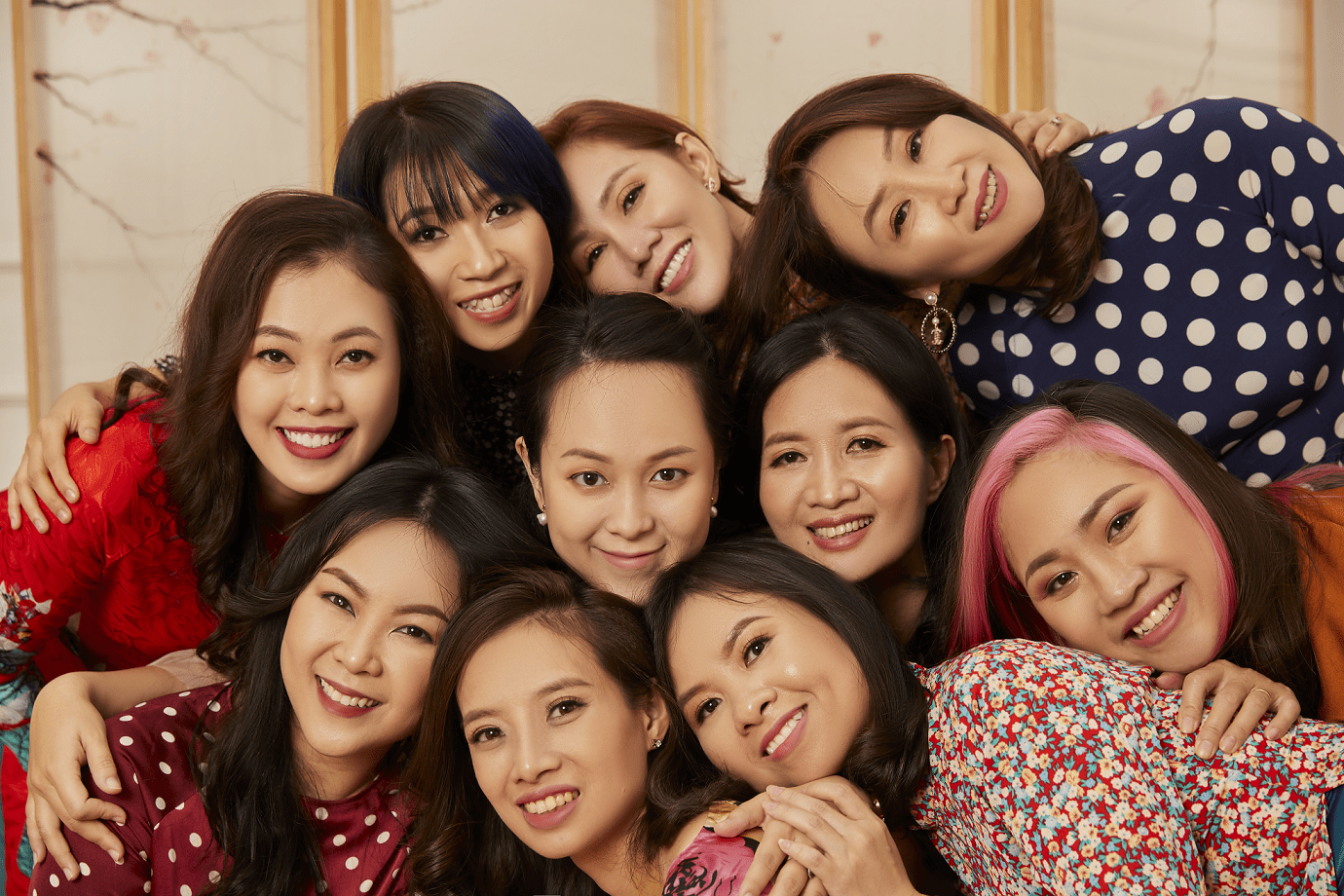 Le and her Operations Team

Le is now Mekong Capital’s in-house coach for some core technologies such as Mission Control, negotiation, and root-cause analysis. Le is a Partner and a member of the Management Committee.

There is no other thing that could be more fulfilling than being able to live our purpose every day in one’s life. Yet having a passion is not enough. It requires one to keep discovering what makes us most fulfilled, transforming oneself to turn power into being and actions, and keep reinventing oneself, like a caterpillar turning into a butterfly. And for the past few years, Le feels like she has been living her dream every day, and her life purpose gets increasingly vivid as life goes… 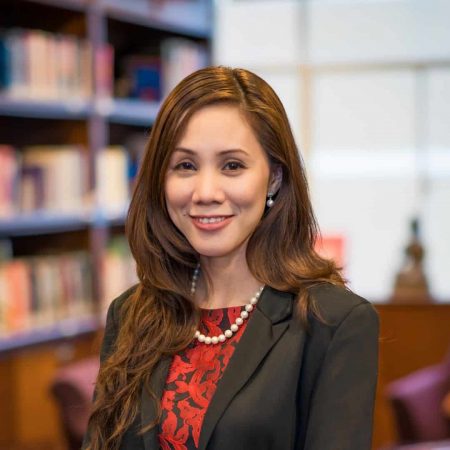 How I stopped myself from crying in meetings with Chris Freund 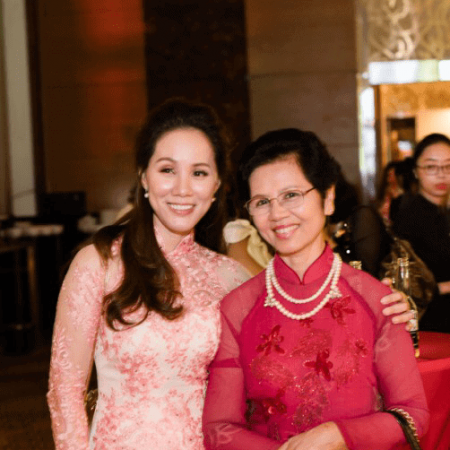 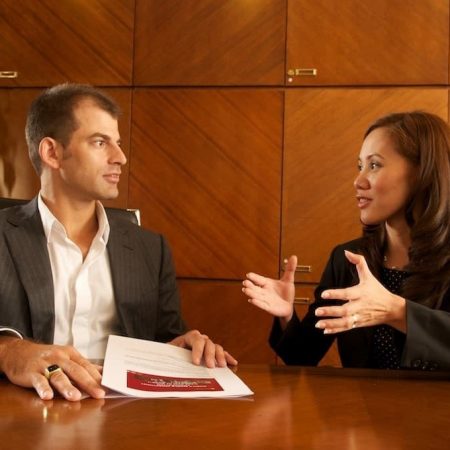 The Extraordinary Power in Choosing Who We Are 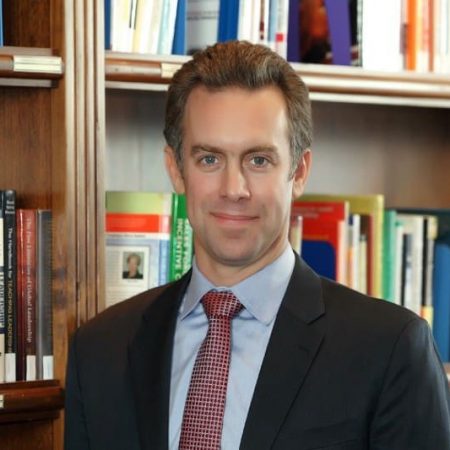